Sound in the main seating area in the cathedral (nave) is supplemented by an induction loop which allows people with hearing aids with a manual tele-coil setting to hear directly from the microphones, eliminating background noise, echo and more.

How does it help? The induction loop system eliminates the impact of background noise, reverberation, echo and distant loudspeakers and delivers only the desired signal directly to the hearing aid of the wearer.

Induction loops have been endorsed by Hearing Loss Association of American and the American Academy of Audiologists since 2010. 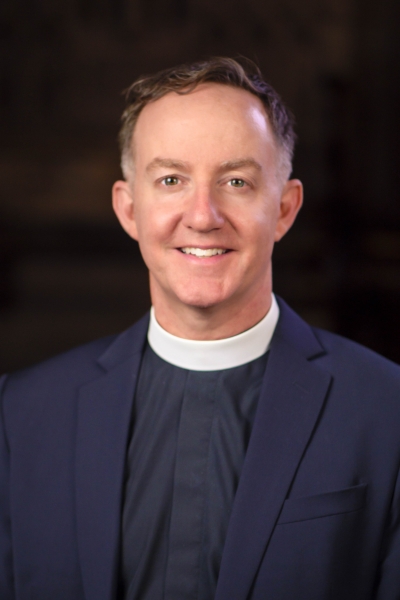 The Very Reverend Bernard J. “BJ” Owens, IV was called as dean of Trinity Cathedral in fall 2018. He is the Cathedral’s 12th dean since its founding.

In his first years at Trinity Cathedral, Dean Owens has worked to build on Trinity’s long history of transcendent worship, wholehearted inclusion, and committed service to the city of Cleveland, while celebrating and supporting the ministry of the many churches of Diocese of Ohio. Dean Owens has led the process of strategic visioning that identified Trinity’s vocation to be A Sacred Place for All People, and has guided the revitalizing of Trinity’s ministry structure to help achieve that vision. He is also a graduate of the 2022 class of Leadership Cleveland.

Prior to his appointment at Trinity, he served as rector at St. Andrew’s Episcopal Church in Greensboro, North Carolina for eight years. There, he led a growing church, with new members among both young families and mature parishioners. Before St. Andrew’s, he was the Associate Rector for Children’s & Family Ministries at St. Paul’s Episcopal Church in Cary, North Carolina.

Dean Owens attended UNC-Chapel Hill and Yale Divinity School. Between his undergraduate and graduate studies, he worked in film production in New York City. He loves to hike, cycle, and do just about anything outdoors; he and his wife, the Rev. Jo Nygard Owens, live in Shaker Heights with their two children. 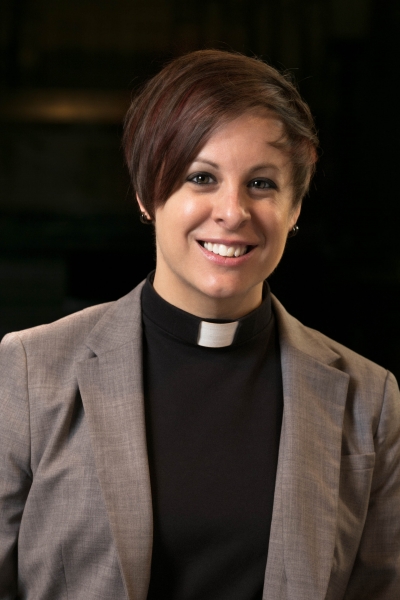 The Rev. Adrienne Koch joined the Trinity staff in the fall of 2019 where she oversees adult formation, outreach, and campus ministry. Recently a published author, she contributed to the 2020 Church Publishing book Belovedness: Finding God (and Self) on Campus.

Originally from Cleveland, she was formerly the Young Adult Missioner and Campus Minister for the Raleigh Area in the Episcopal Diocese of NC and Adjunct Faculty at Duke Divinity School. Her previous work was as a chaplain and educator at the Durham VA Medical Center, and as the Administrative Assistant to the Dean and Communications Specialist at Duke University Chapel. She received her BA in Liberal Arts from Malone College in 2004, with concentrations in Theology, Psychology, and Communications, and her M.Div. from Duke University in 2011 with a certificate of studies in Gender, Theology, and Ministry. She completed her Anglican coursework at Sewanee and is trained in the Narrative Enneagram. Adrienne has been working with and teaching the Enneagram in academic and church settings since 2012 and was certified as a spiritual director in 2021.

Other Ways to Give